Yeah so 16 years ago I use to love Scroll Sawing. It’s normally used to make small artistic type wood cutouts. After a 16 year break I wanted to start up again and knew I was going to be insanely rusty, so I wanted to start off with something easy. I was going to cut out South Park characters out of wood and then paint them. The idea started off with the just the main characters… and then it turned into 88 characters. Probably spent about 2-4 hours on each character. Process was basically this…

Eventually I want to cut out some scenes or backgrounds and paint them. Then glue the characters to that scene and make a 3D picture. An example would be a picture of the school, and put all the school faculty on there. The school steps for the Goth kids. The Manger for the Christmas critters(still need to do Anti-Christ). Also plan on doing Coon and Friends.

Its hard to tell from the pictures, but like I said, each one is made of several pieces of wood. I am in no way an artist, and progressively got better at painting as I made these guys, so some might be rough looking. Here are some pictures… 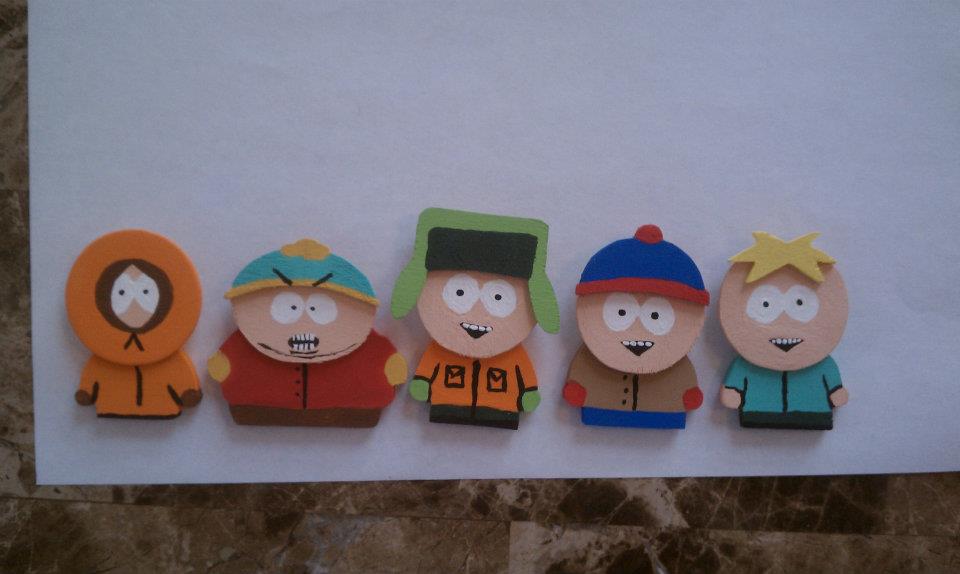 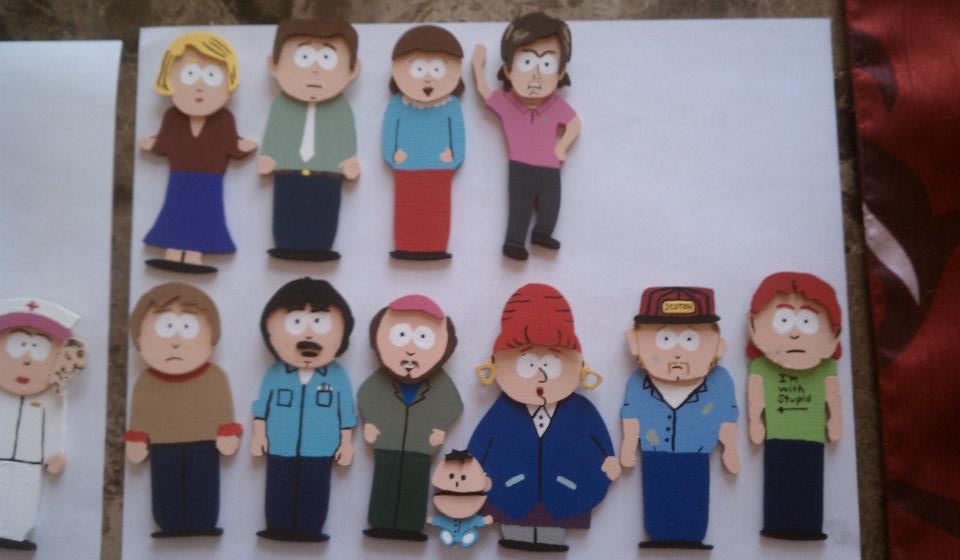 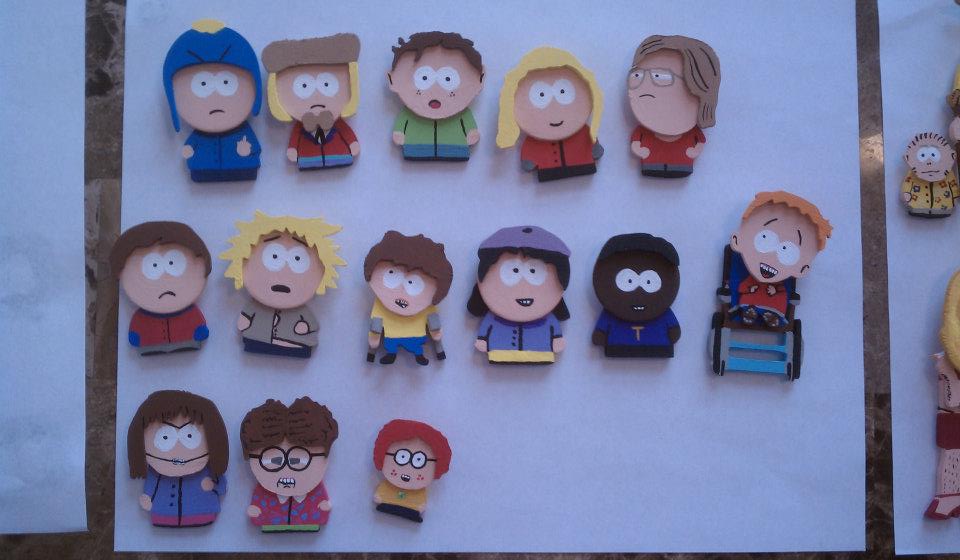 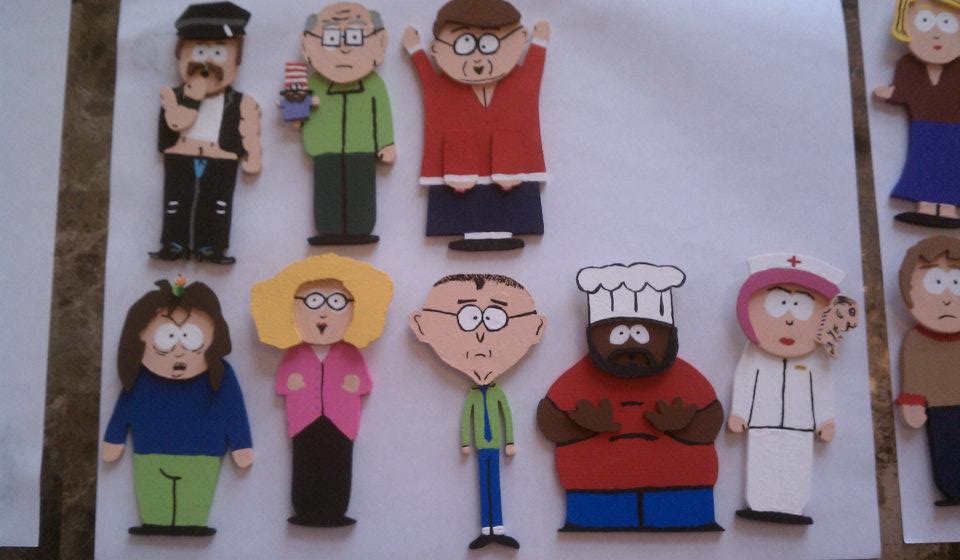 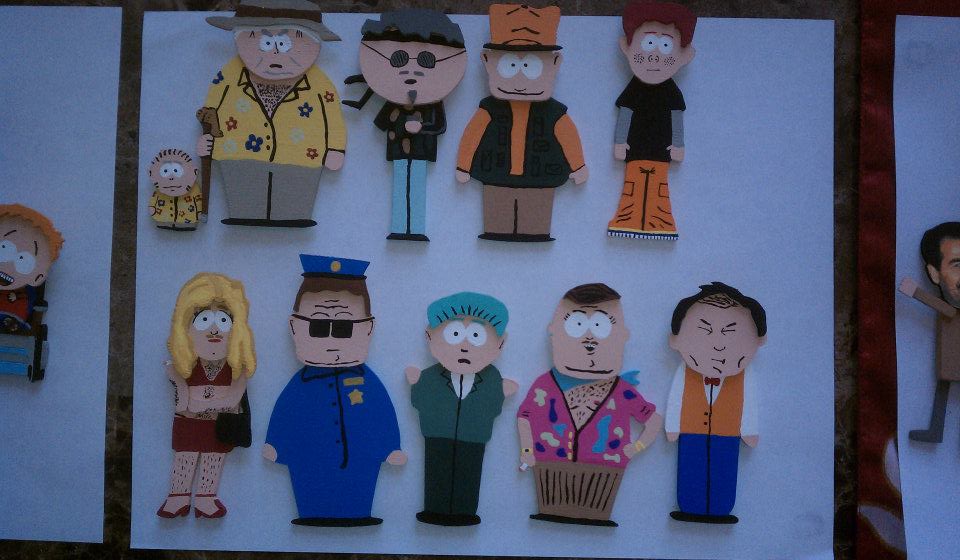 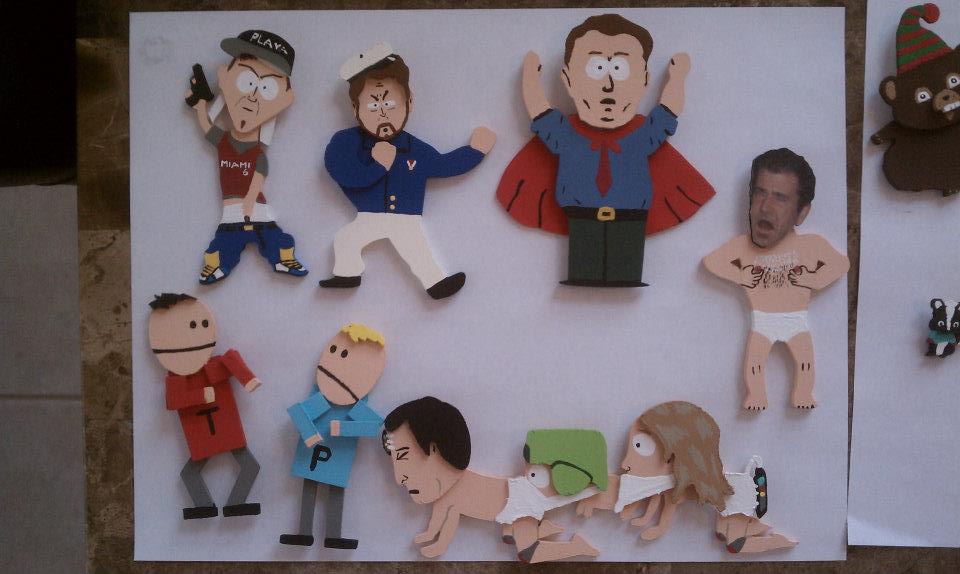 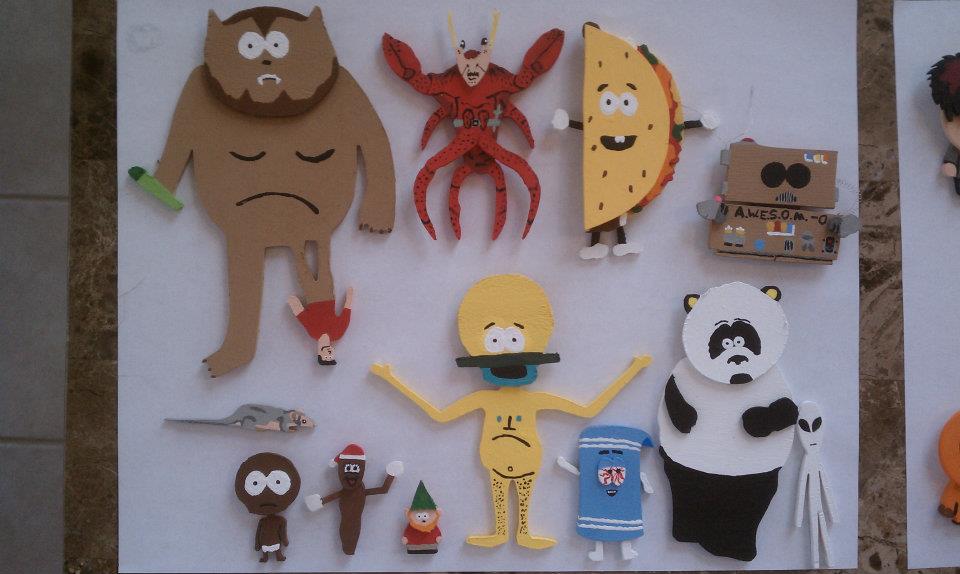 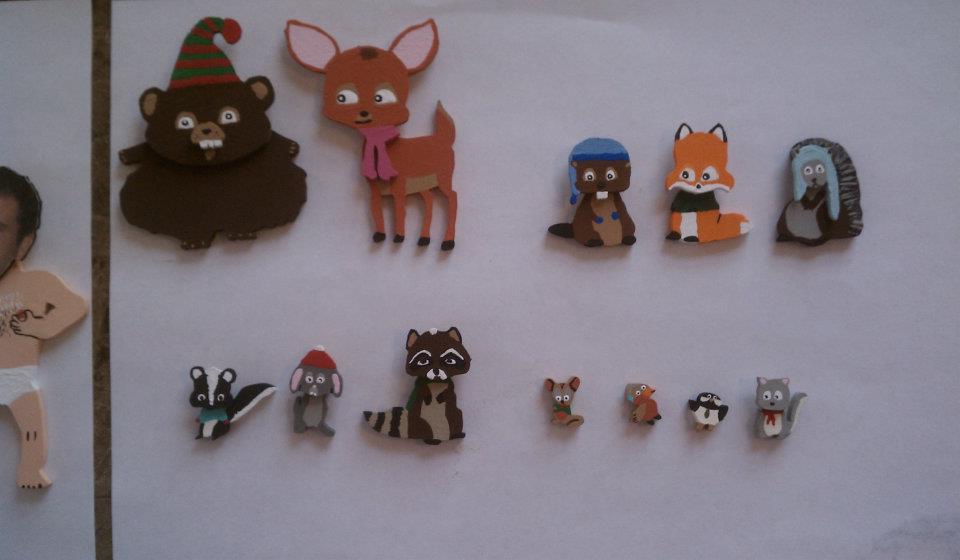 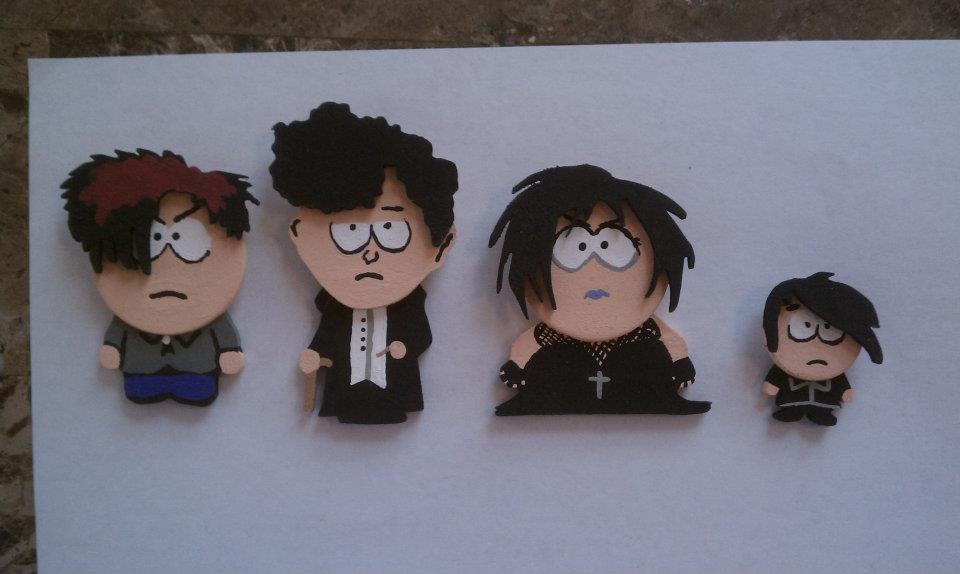 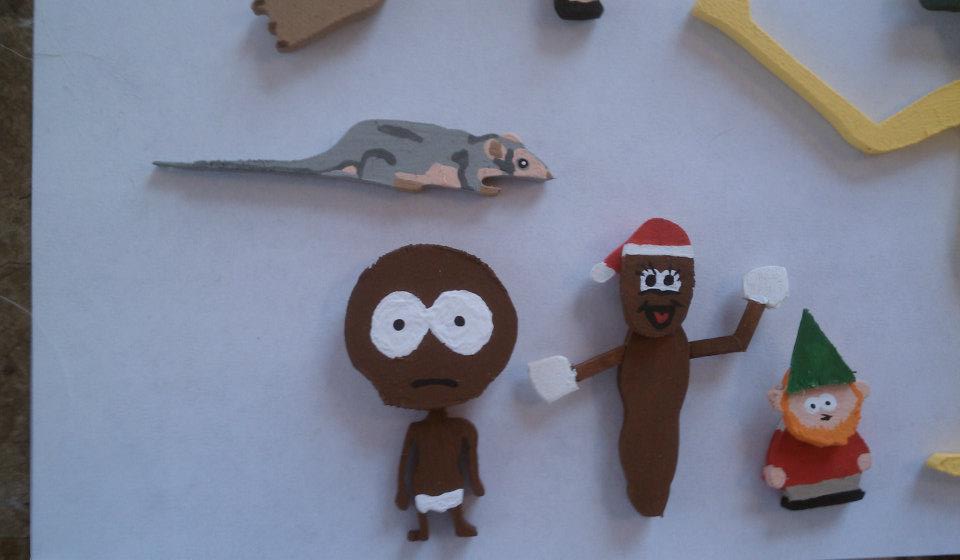 Some of the smaller Christmas Critters. Added a Penny so you can get an idea of the size. 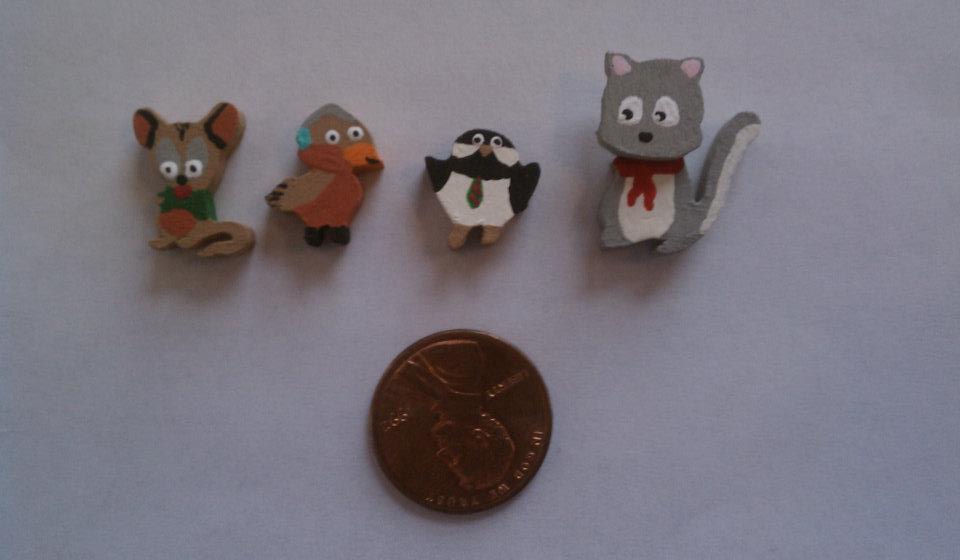 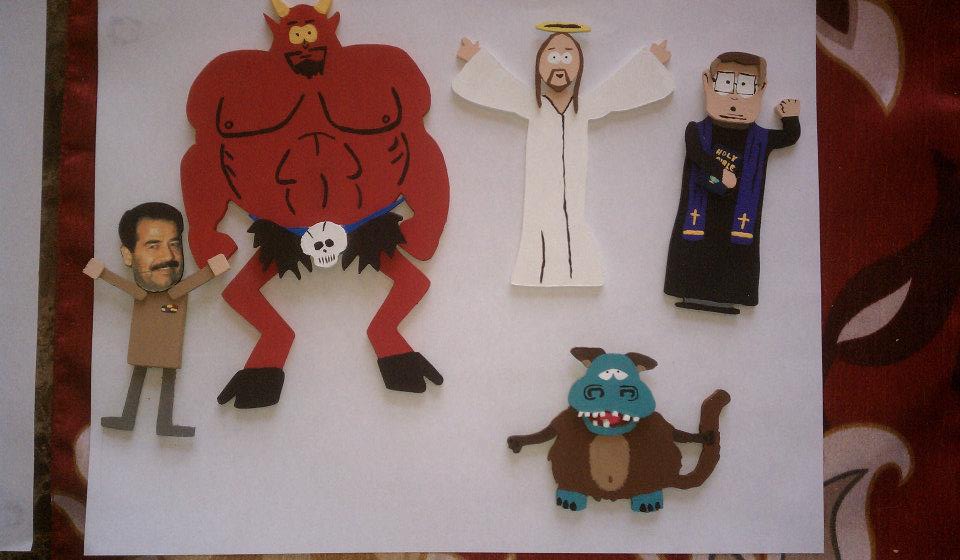 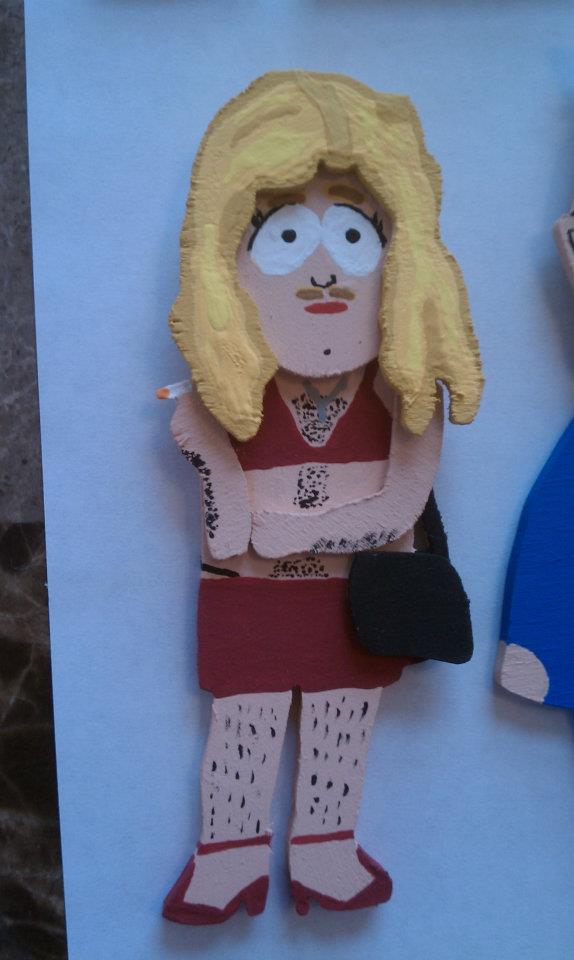 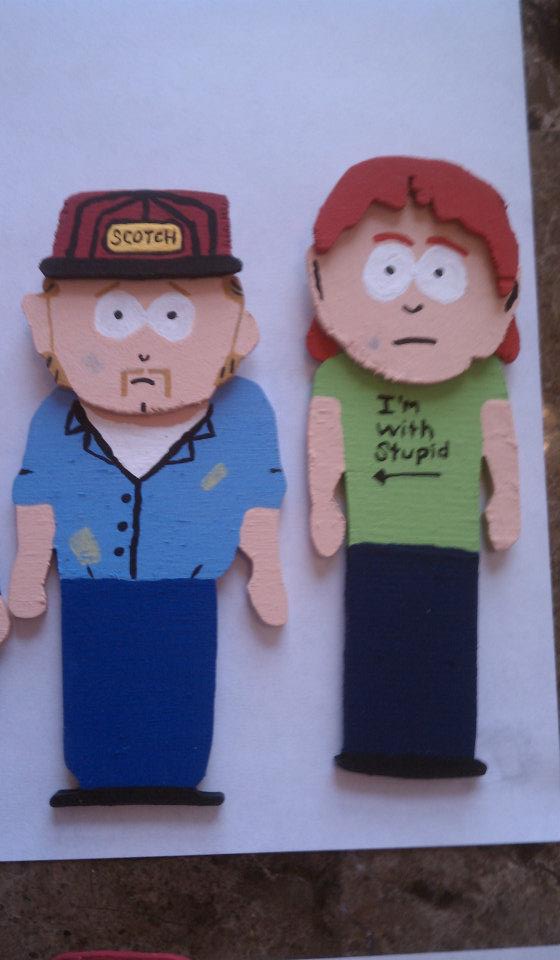 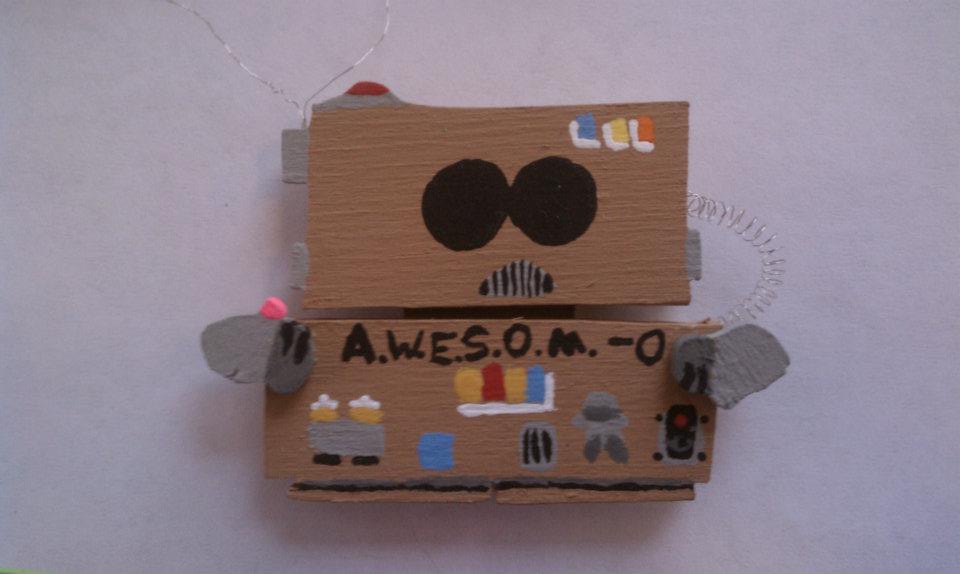 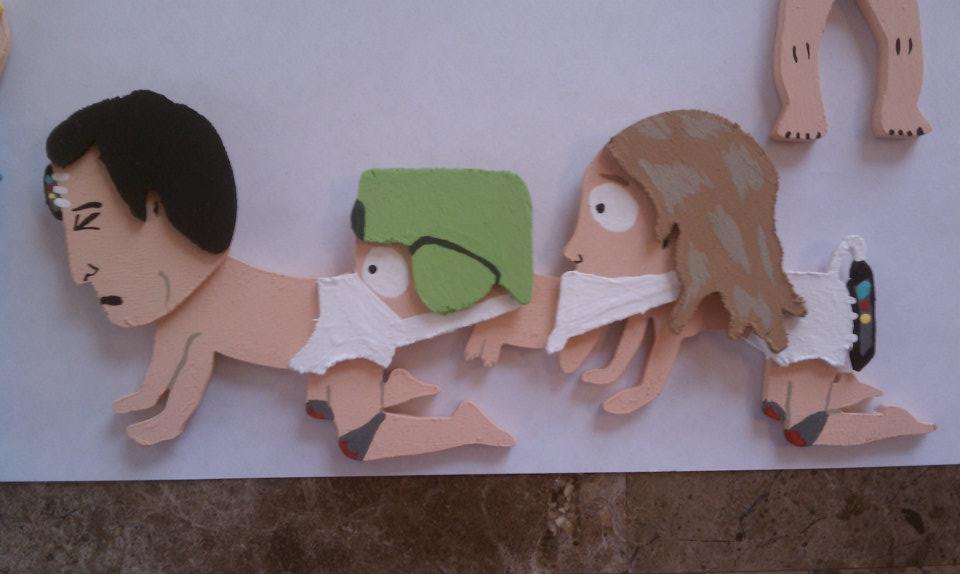 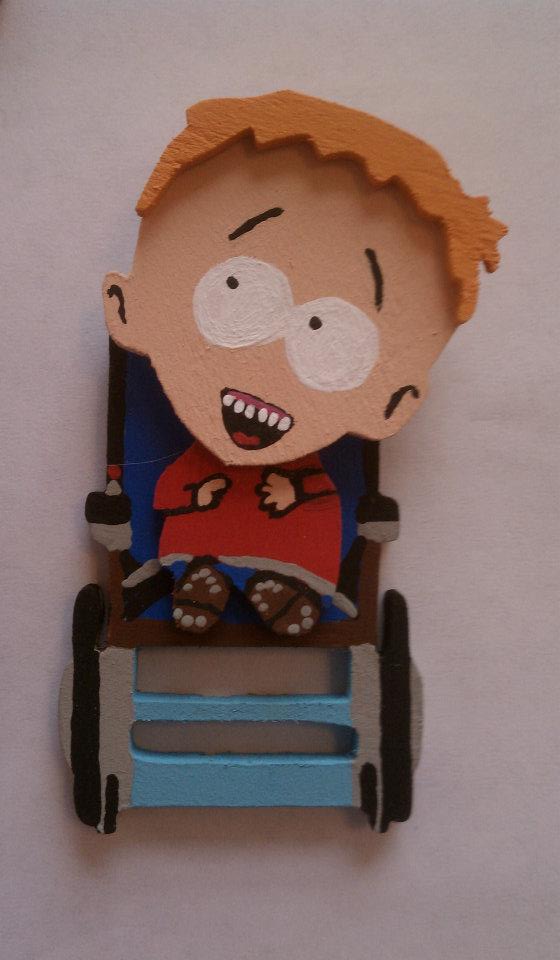 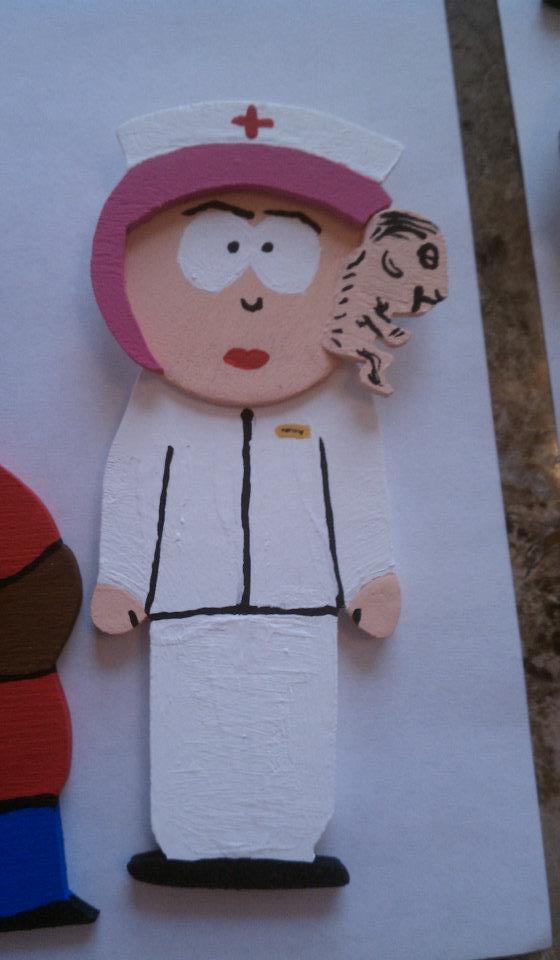 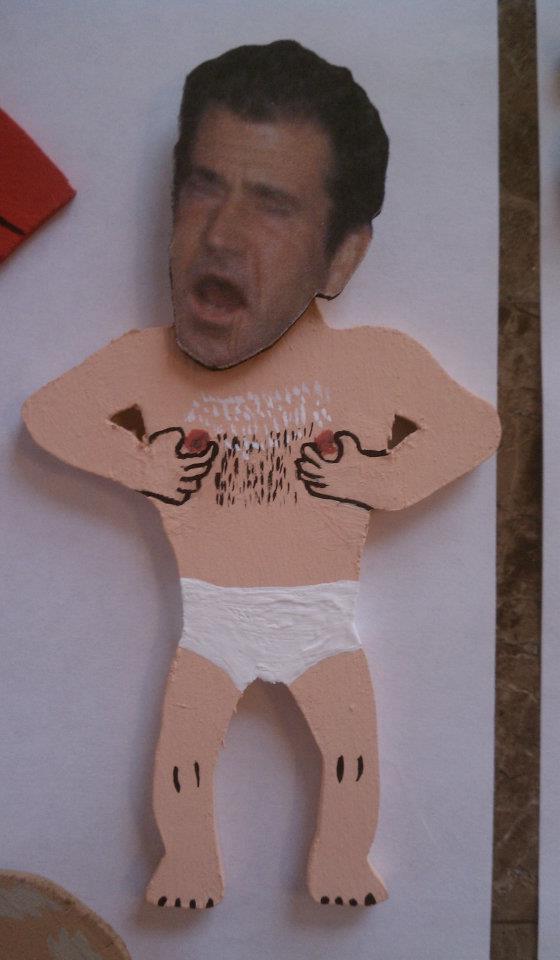 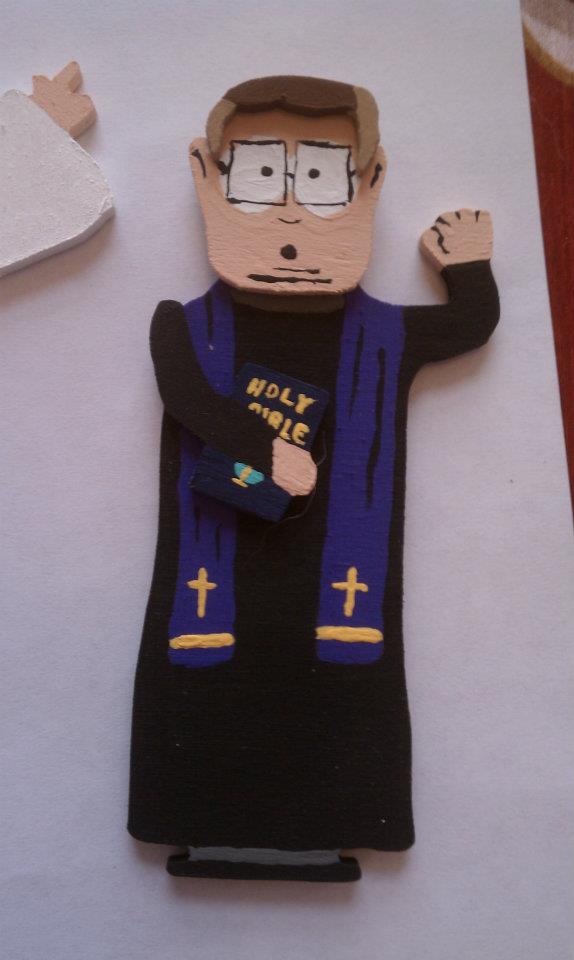 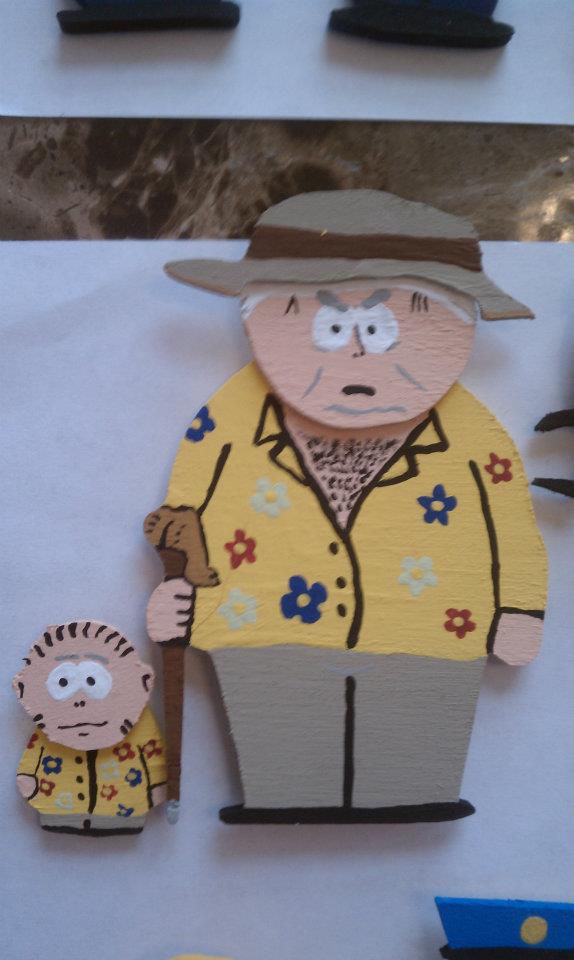 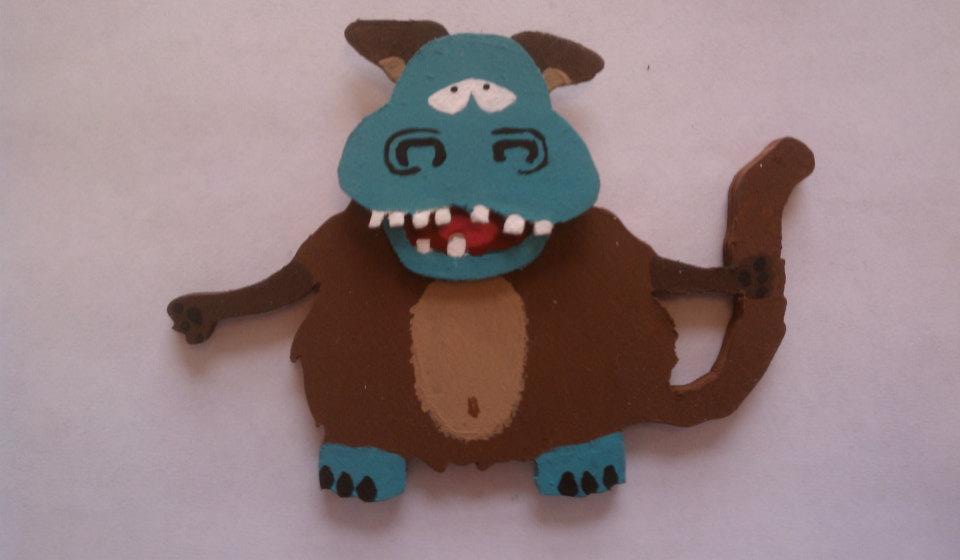 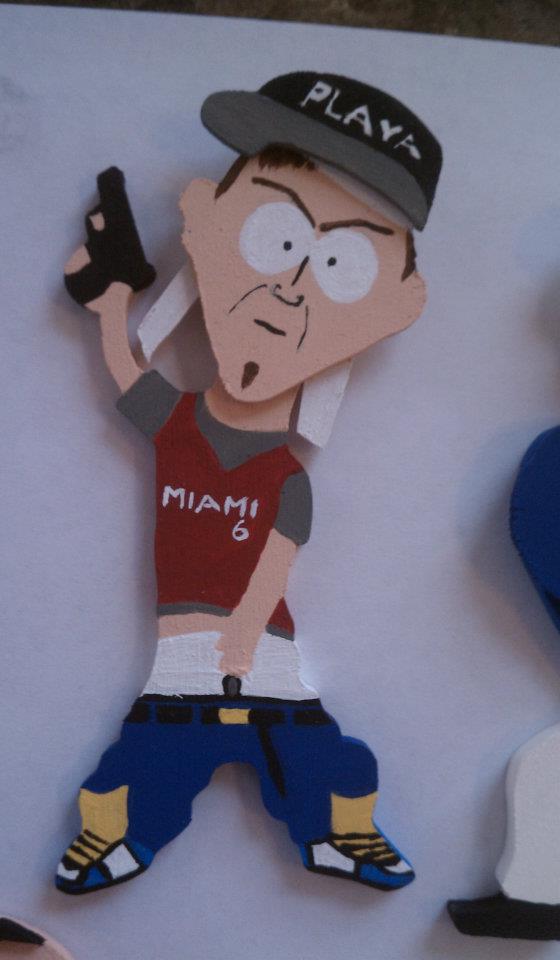 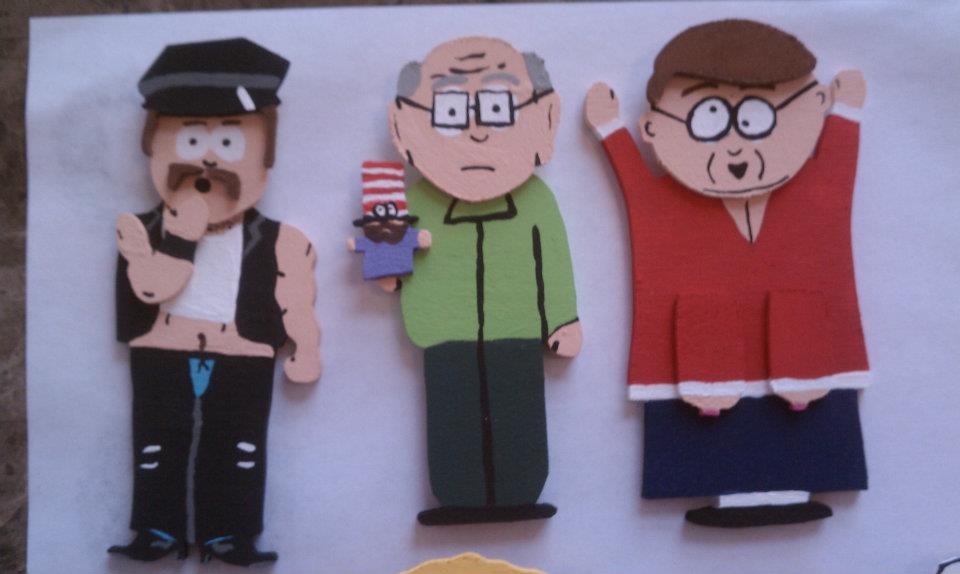 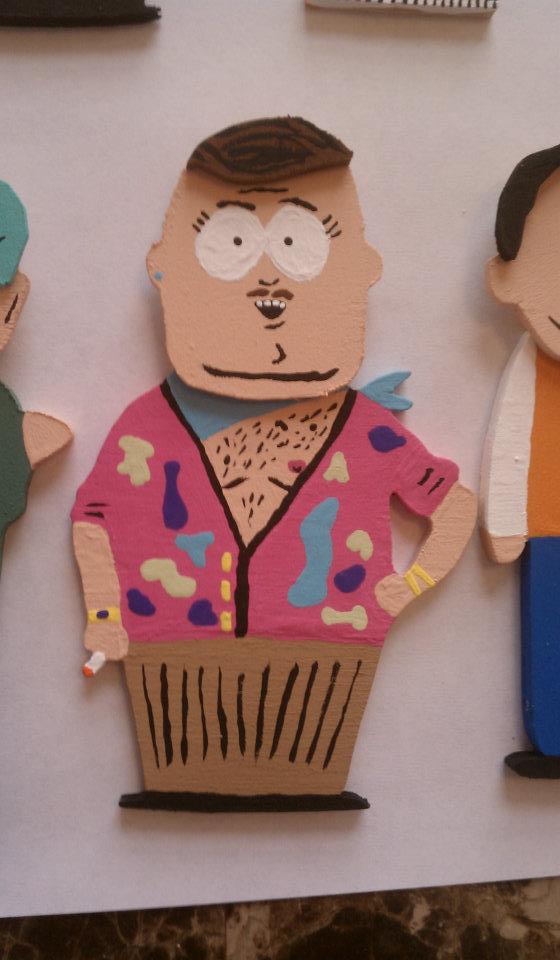 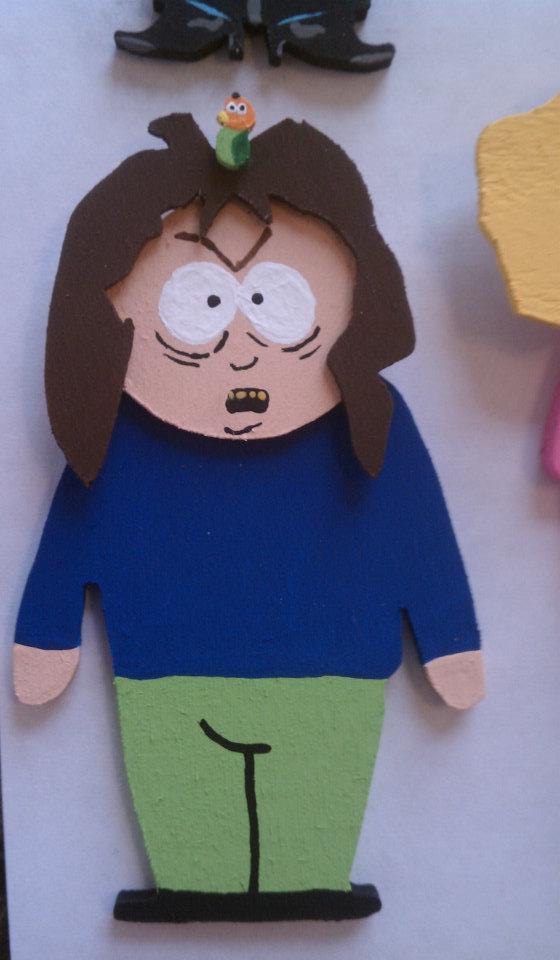