For our Honeymoon, Jenn and I traveled to Montana to meet our good friend John Zunski. John built the hockey rink that Jenn and I eventually met each other at, and he was also our “Priest” during our wedding.

The trip there was pretty rough. The night before our flight we went to our friend Ben’s 30th surprise birthday party. We left that party directly to the airport and flew to Washington state. I ended up being awake for around 4o hours straight. From Washington we had a 4 hour drive to Montana to meet our friend John at the Bar he owned.

The scenery on the way to Montana was very impressive but I just couldn’t appreciate it too much. Even if my eyes left the road for 2 seconds, by the time they returned to the road I was driving in the middle of two lanes. It took every bit of consciousnesses that remained in me to drive the car without falling asleep or crashing.

One thing that surprised me was the speed limit. I think it was either 75 or 80 mph. This is unheard of in Pennsylvania. So I was so excited the ride would go faster than expected. But the funny thing was… everyone was doing like 60 mph. As an east coast driver this resulted in my raging the fuck out. In PA everyone goes over the speed limit…praying for the limits of Washington and Montana. And over here, everyone loves driving 20 under. At least the rage helped wake me up.

After about 4 hours of driving my GPS tells me to finally turn off the highway as I was only about .5 miles from John’s bar. So I turn off this road and was doing about 35-40 mph. For the last 2 hours of driving 90 mph on cruise control I was just use to driving fast, but I had a gut feeling I might have been driving too fast on this road. So I say to Jenn, “I wonder what the speed limit is here?” Just as I am getting the word “limit” out of my mouth I see the lights…. ugh! I just traveled across the country, I have been awake for 40 hours straight and driving for 4 hours and I could literally throw a baseball and hit John’s bar. And now I am getting a speeding ticket 100 feet from the start of my vacation.

Cop tells me its 25 mph. Now in Pennsylvania you would get fist-fucked for speeding in a 25 mph zone. Factoring in that I am out of state, I am sure the rape will be harsh. Cop writes me a ticket and says to me, “You can either fight this in court, or you could pay me the money right now.” I asked how much the ticket was…. $25 dollars. You couldn’t punch the smile off my face, I actually ended up thanking the cop several times. Definitely the happiest person in the history of the world to get a speeding ticket. No points either! So I paid the guy and parked.

Now many of you reading this know John. But for those who don’t, John is… unique. Easily one of the best guys you will ever meet. Life of the party type guy. If there was anyone to ever own a bar it was this guy. Well as we arrived at the bar it happened to be one of his “topless” nights. How can I say this politely… there were about 10 “Montana” type women at the bar. Playing different games, maybe wrestling? I don’t remember, this happened over 5 years ago and I was half asleep. Definitely an interesting night. We headed back to John’s place and crashed around 9 pm.

The whole week was a lot of fun in Montana. John got us tickets to white water rafting which I loved. Explored his huge property. We also ate at one the best restaurants I ever had the pleasure of eating at.

The big moment of the trip was when John took us to the Glacier National Park. There was a trail by the name of “Highline” that he wanted us to hike. On the drive down we actually got lucky and caught a family of bears crossing the street. We hopped out of the car and watched them run off. John told us that we were VERY lucky to witness that.

Shortly before going on this trip I suffered a severe shoulder separation. At the time I was regularly taking percocet for the pain, which would often make me loopy. Before our trip we spent the day in NY City, and just from walking a couple miles, my shoulder was in so much pain that I had to sit on a bench for an hour to just get moving again. Oh yeah… I have a fear of heights.

Now begins the story of the Death March. So we get to the trail that John wants us to hike and informs us that it would be a total of 12 miles. Now I don’t know if I wasn’t paying attention to the details of the hike, or John was withholding information so he could enjoy the punishment that was about to be laid upon me. But I said at the very least I was willing to try and do all 12 miles. Little did I know… there was no trying. You either did it, or died.

First I think I should describe the trail that you are hiking for 12 miles. It felt like the trail was made with grenades and dynamite. If you weren’t constantly looking at your feet for every step you took, you would probably trip and fall. Now this is bad because unbeknownst to me, a lot of this hike is spent walking along a cliff edge. Imagine this if you will. The path is only 2-3 feet wide. If someone wants to pass you, you need to lay your body flat against the mountain so people can walk by. Now there is a rope going along, but its between you and the mountain, not between you and your inevitable death. And I really do mean that, if you take one step over, you will fall down a cliff, and you will die. There is no, “ehh, I think I could survive that fall.” 100% death. The entire path has sharp rocks sticking out of them, as if the person that designed this trail was intentionally trying to kill people. So being forced to look down a cliff side while being afraid of heights was a lot of fun. John also informed me, that if you get hurt there is no helicopter. No rescue crew. Leg is broken? Suck it the fuck up and drag it behind you.

Now the entire hike wasn’t all just jagged death trail, there were many parts where you actually had to climb up some rocks and sharp inclines. About 2.5 miles into our hike, one of these spots was nice enough to tear the living shit out of my groin. At the same time my shoulder is in horrible pain. Now you might be saying, “Ryan, just take your percocet!” Well reader… I can’t. Since percocet made me loopy, I wasn’t able to take any because a single slip of my foot would result in my death, so I had to be as clear-headed as possible.

Now that my groin is torn to shreds and continually gets worse with every step I take, and each rock I climb, I allow John and Jenn to pass me by in the event that I start to break down and cry, they wouldn’t see me. Just before the tears start to flow and while I’m imagining blood flowing out of torn lacerations in my crotch, and experiencing shoulder pain that makes me wish my arm was amputated, I was lucky enough to experience Altitude Sickness! I could barely breathe, eat, or drink. As I laid there on the path, my morale took another hit. Why? Well an approximately  85 year old woman with one arm in a FUCKING SLING and a CANE IN THE OTHER PASSES US! I just got fucking lapped by geriatric cripple!

Eventually when I am able to breath again, we continue our march. Oh yeah… we’re about 6 miles in. John tells me to cheer up because there is a rest stop at the 8 mile mark. I cannot explain how happy this made me. Because in my mind this rest stop was near the road and I could take a bus back to the car and let John and Jenn finish the last 4 miles. Well, after another 2 miles of hell, we reach the rest stop. Its in the middle of a fucking mountain. The food and water that was sold here was backpacked in by employees. I immediately start searching for a rock that was heavy enough to crush my skull, and light enough that Jenn could lift it. Before my mental breakdown started, John told me the last 4 miles were not near any cliffs and it would be the easiest part of the hike. After 5 percocets and an hour of laying down I was ready to go! I was shadow boxing, that crippled woman was there and I was tempted to knock her down and talk shit. The last 4 miles I spent skipping and running. It ended with a really nice stream and small pond that we got to rest a bit at and put our feet in. We made it to the parking lot to get the car and there were Rams all over, it was pretty cool.

In the end I am happy we did the hike because it makes a great story, but that first 8 miles was a living hell. Below are some pictures! 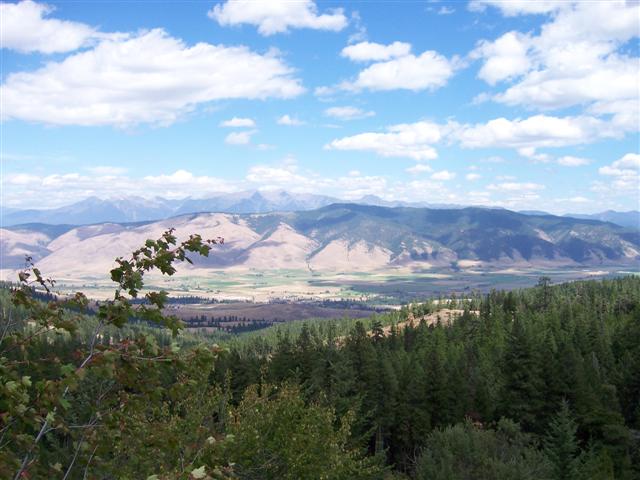 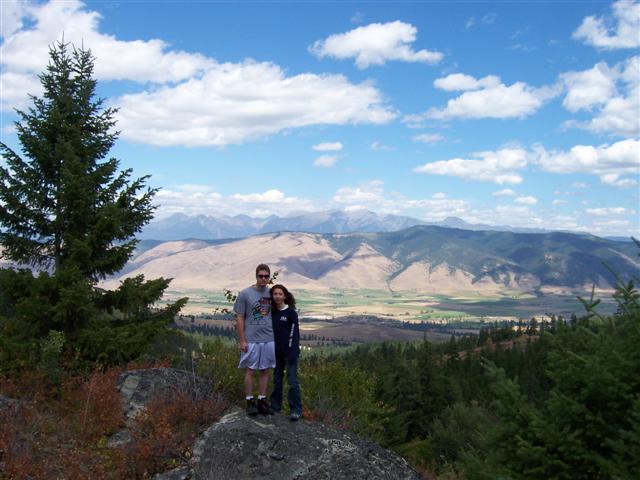 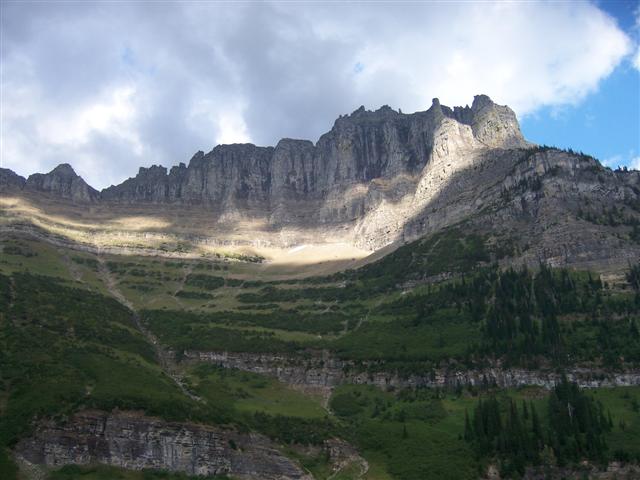 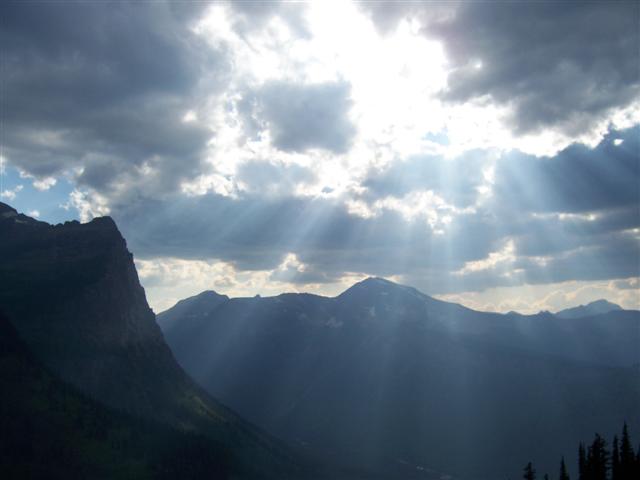 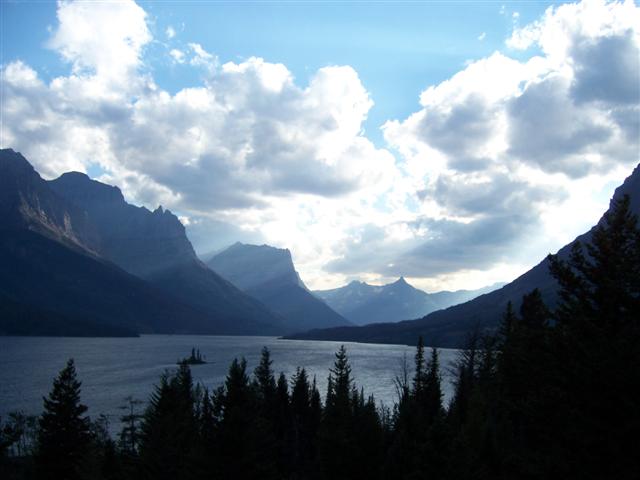 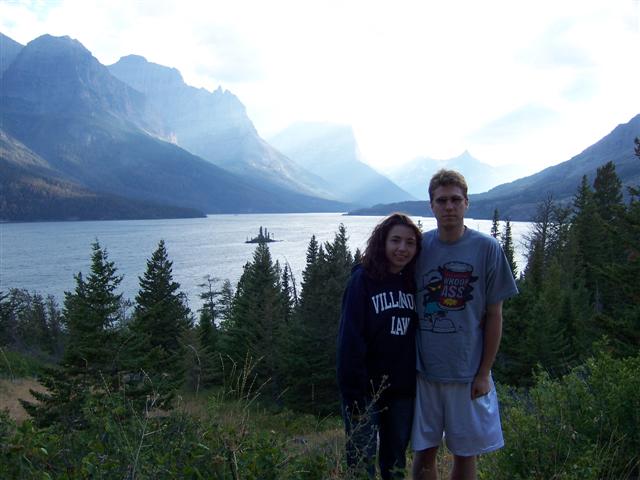 Three of the bears we spotted 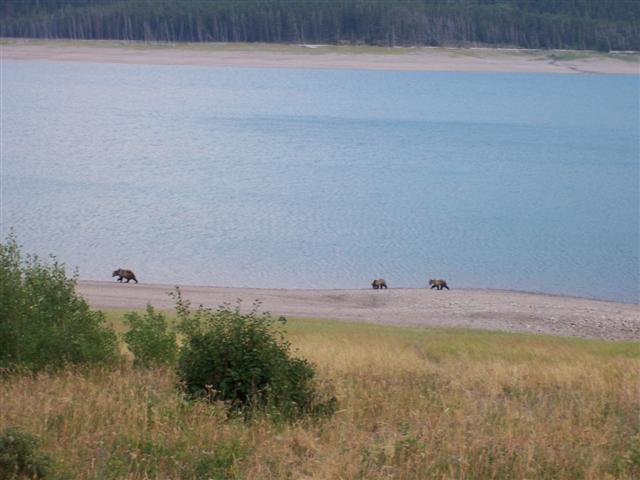 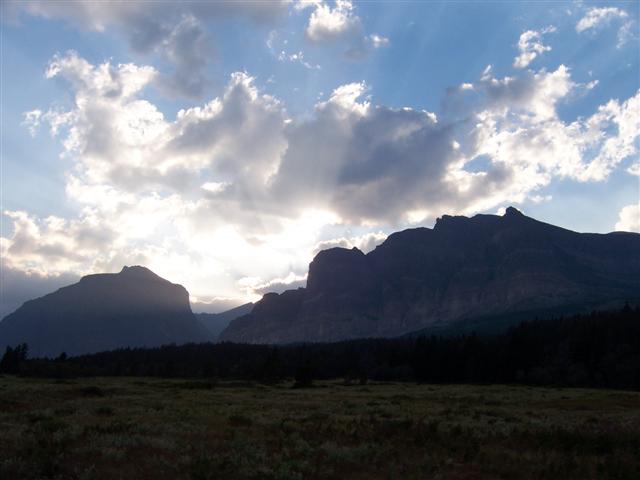 The trail we hiked 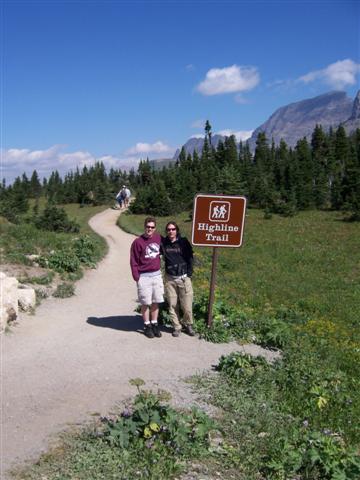 An idea what the trail looked like. Its a little wider here since we are able to take a break. 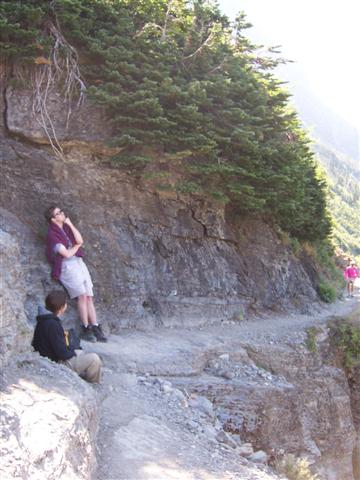 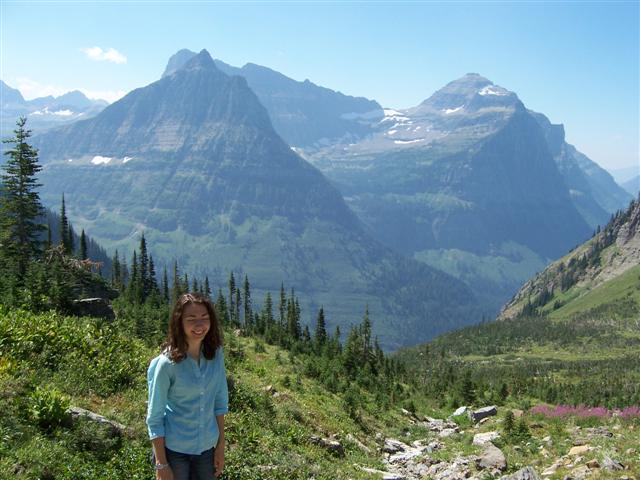 Mama Goat and her baby passing us. 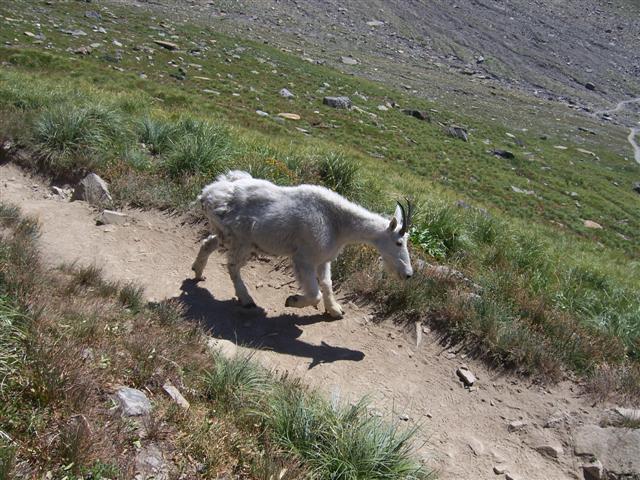 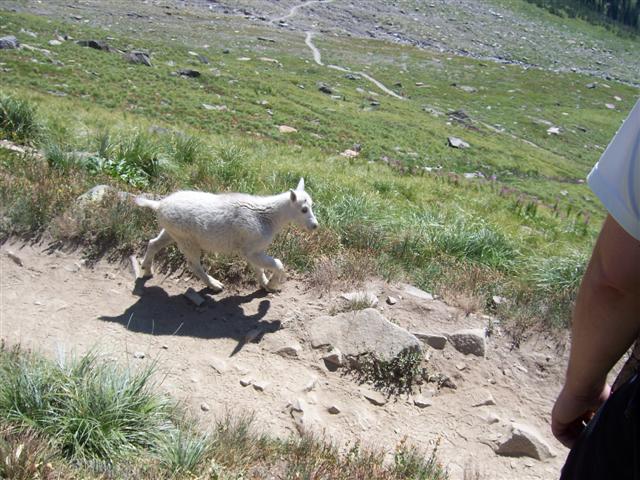 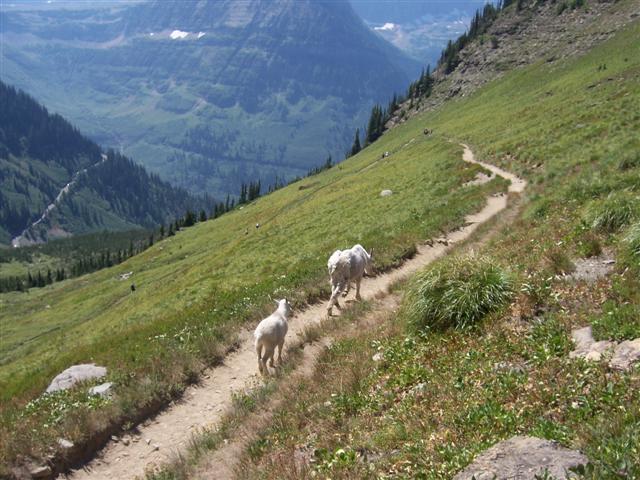 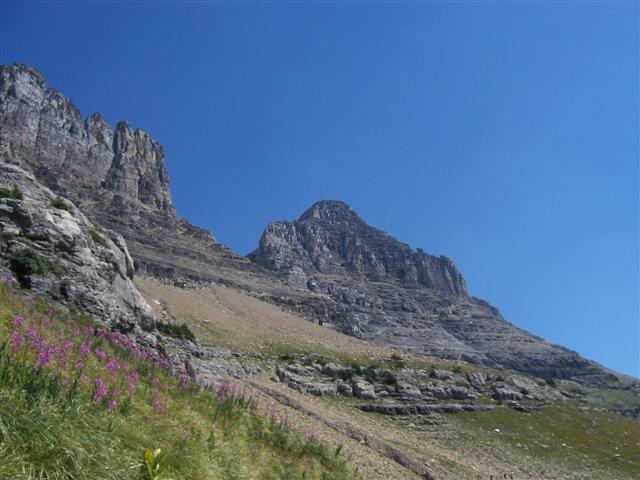 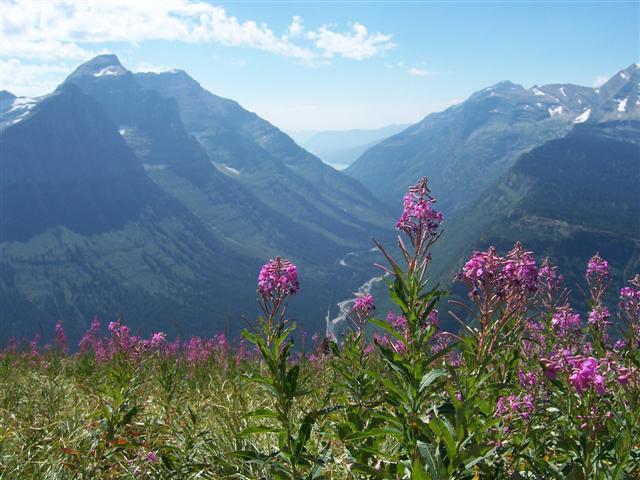 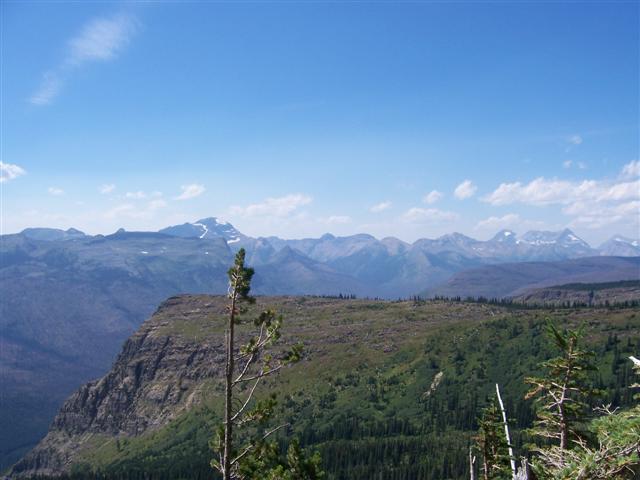 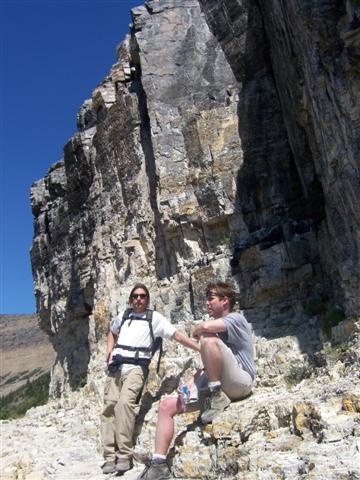 The 8 mile mark we rested at. 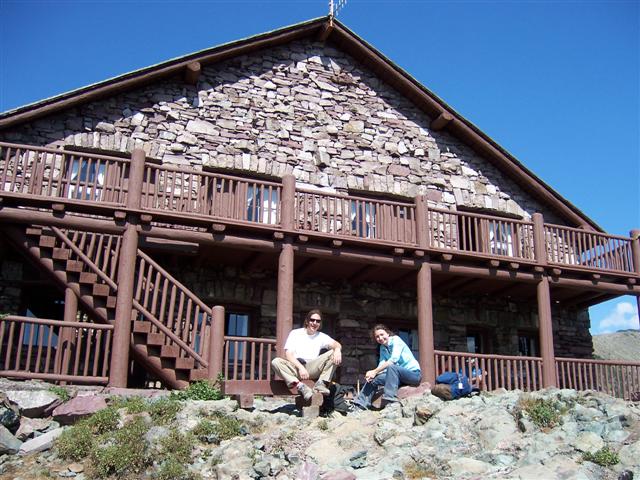 A Ram we drove by 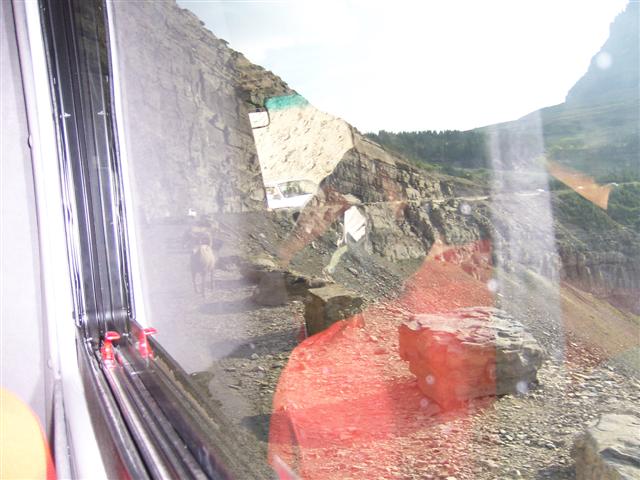 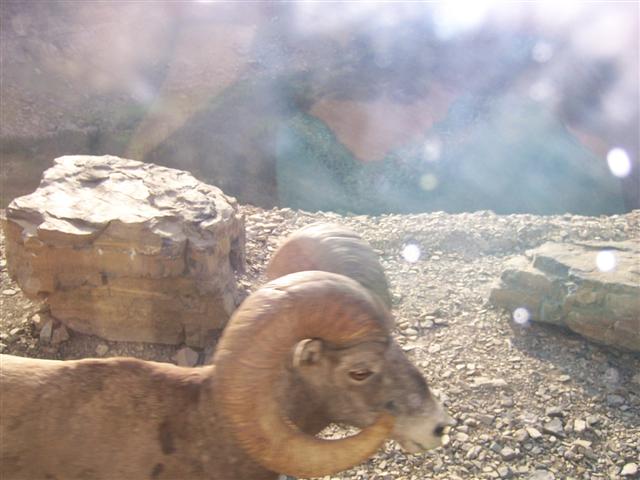 This goat just stood in this spot, it looked like he was parked 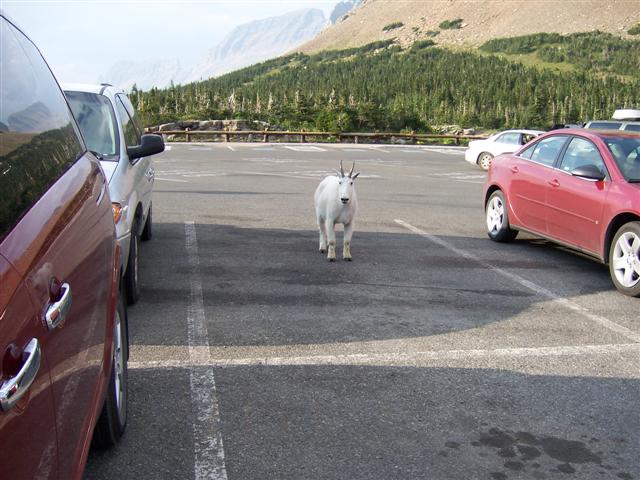 Here are the other Rams in the parking lot, they got very close to us. At one point they got a little frisky, and I thought they were going to headbutt each other. That would have been cool. 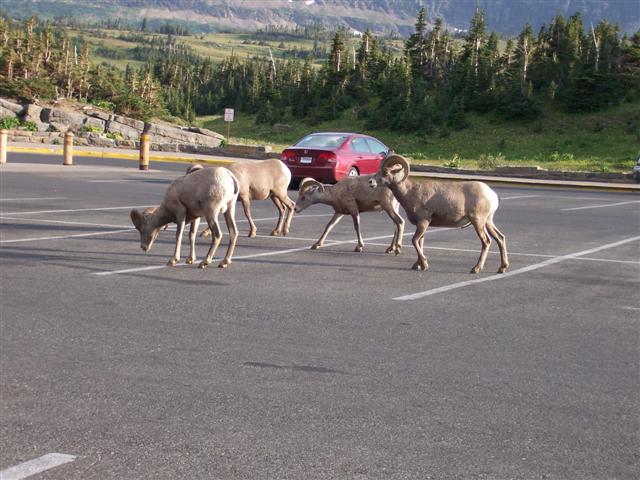 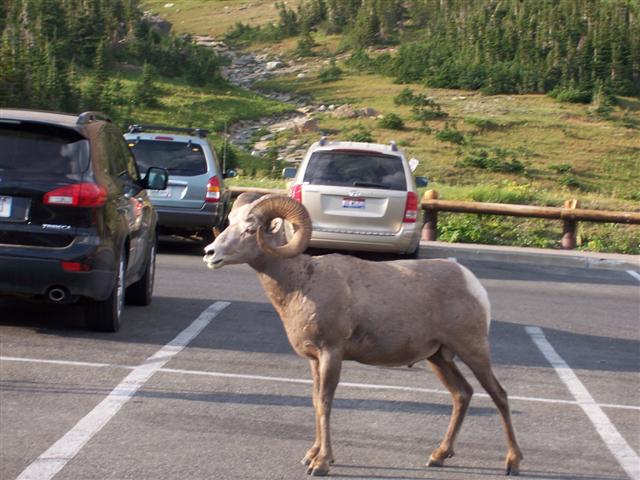 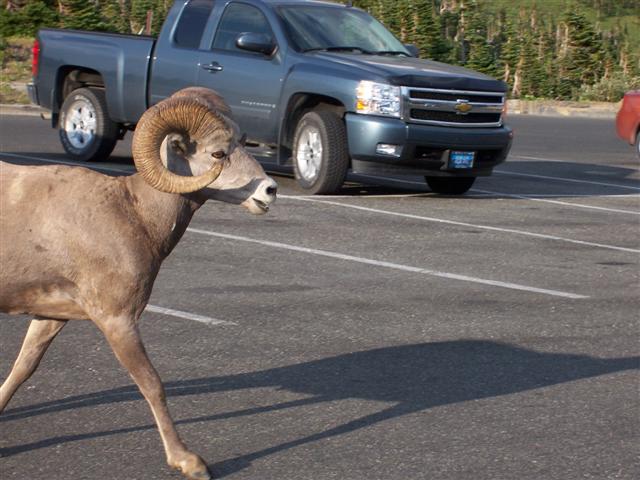 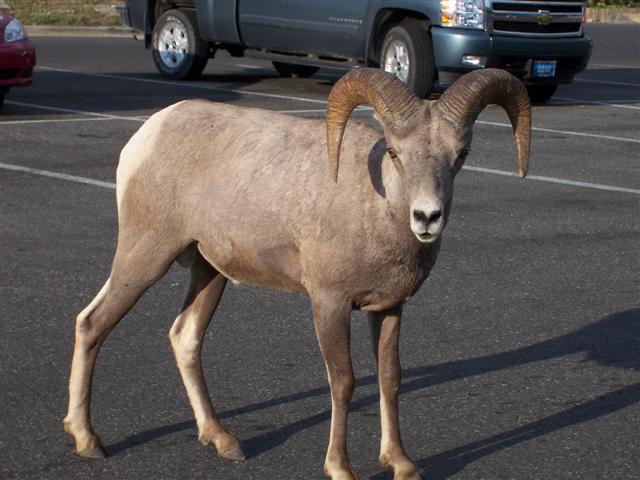