Now prepare for a journey unlike anything you’ve ever see, heard, or feared before. The Toronto Trip Project follows 6 friends on what should have been a simple trip to the Hockey Hall of Fame… but quickly becomes an excursion into heart-stopping terror. The group journey’s hundreds of miles to find that the Hall of Fame is closed, and they take their frustration out on the city of Toronto and its people!

Our Journey begins a few hours into the trip. Steve begins to dream about arriving at Toronto and sharing a room with Ben. 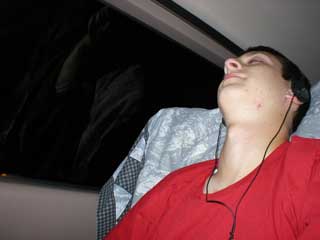 The Dream soon becomes a wet one which causes Steve to lose control and start groping Ben. By the look of things, Ben doesn’t seem to mind. 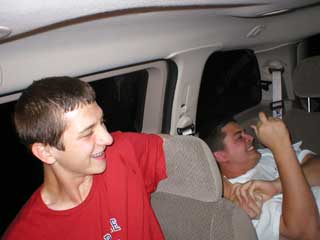 This excites Matt and he begins to do the happy dance. 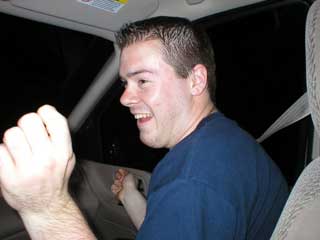 Matt and Steve have little interest in visiting the Hockey Hall of Fame. They came to have their pictures taken with Village People Mannequins. 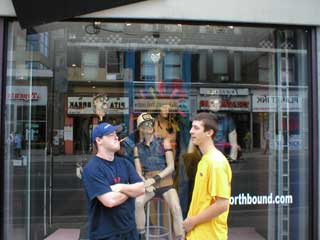 After driving several hundred miles we arrive at the Hockey Hall of Fame to find it closed. This leads the group into a rage that results in the mockery of public statues. 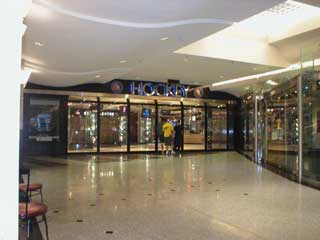 Here we find Matt trying on a top hat. 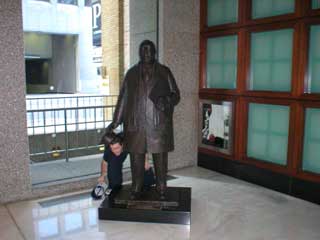 Here we find Steve receiving head from a statue. What you don’t see is the 6 other people staring at him. Would also like to mention that the original picture is Steve giving this statue head, but he deleted it! 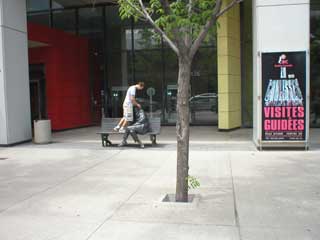 While Steve was finding pleasure, Ben found a man of his own. Here you see Ben receiving head from a wall dedicated to Toronto employees that have died on the job. 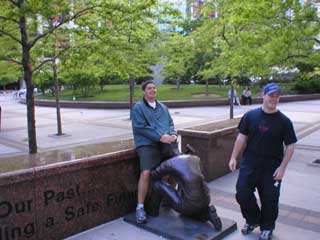 Feeling left out, Matt decides he wants some action and begins to tag that ass. 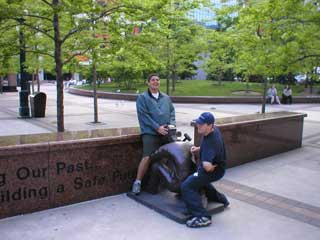 After some hot statue sex, the group moves to Wayne Gretzky’s Restaurant. You can see how happy Steve is that we told the waiter he was celebrating his Birthday. Eat your cake! 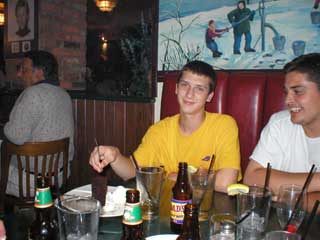 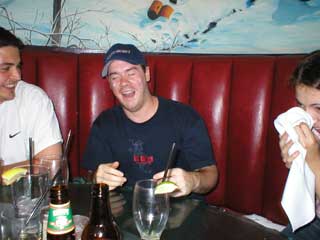 The group decides to drink its sorrows away at a local bar called the Toad. 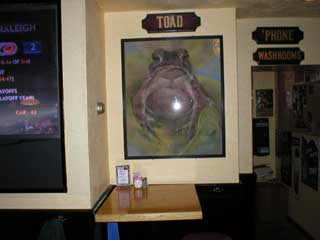 Here is the Gang beginning its drinking 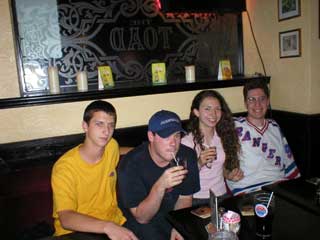 It doesn’t take long for Ryan to get drunk, and he begins to set an evil plan with Matt. 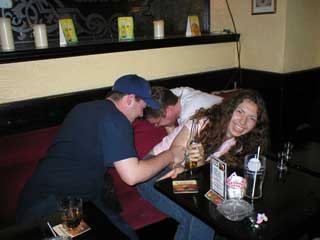 Carpet Munching Time! Matt watches on, and gets a little hungry himself 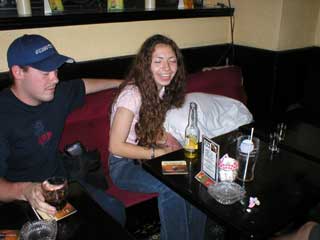 He dives in for some sloppy seconds! 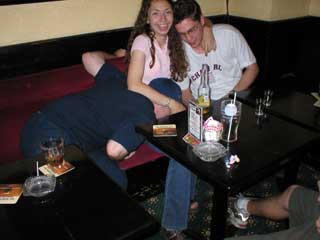 Matt was willing to toss the salad and wins the competition. The Prize is a kiss! 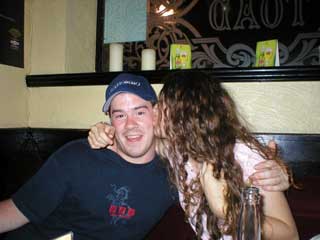 This makes Ryan sad and he passes out 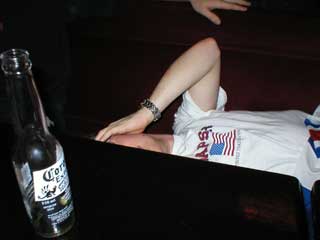 12 shots later its time to leave 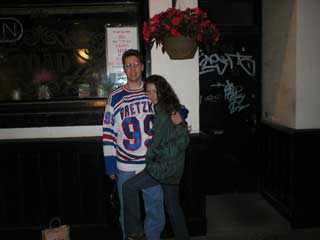 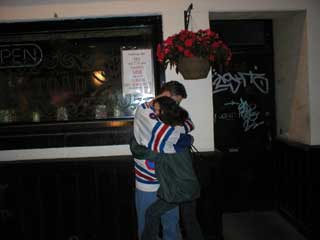 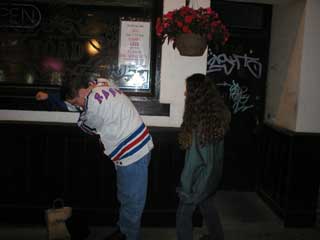 We pretend we are homeless and begin to beg for change 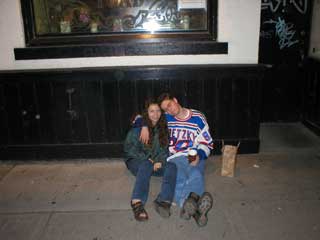 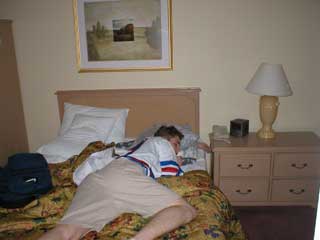 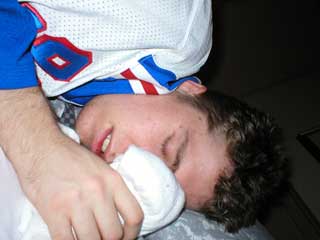 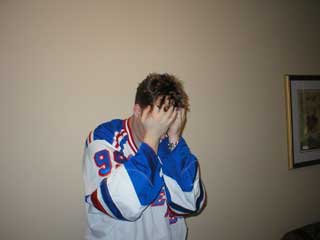 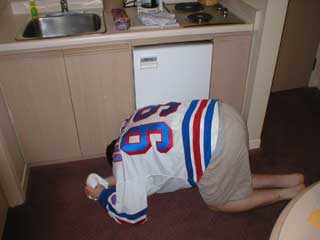 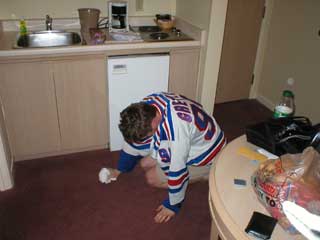 We finally make it to the Hockey Hall of Fame. To say the least it was disappointing. I guess when its located at the bottom of the mall, what can you expect? But here are some pictures of the cup. 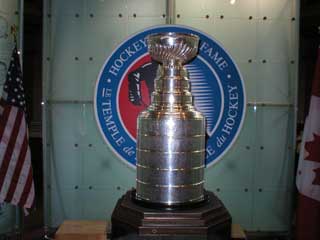 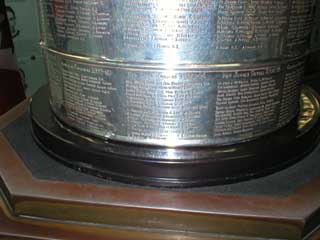 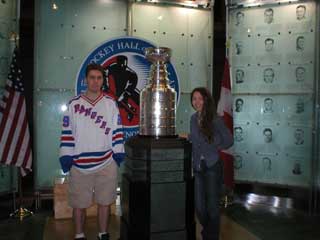